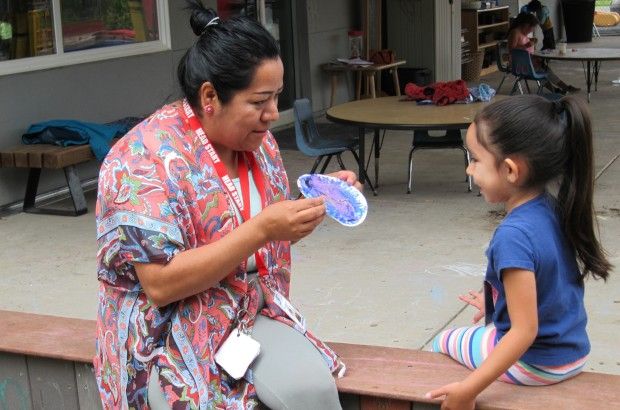 Community Action leads the way to eliminate conditions of poverty and create opportunities for people and communities to thrive.

Washington County's residents are strong, resilient, involved in the community, and live with dignity and security.

Community Action envisions a community where residents are strong, resilient, involved in the community, and live with dignity and security. We believe this can happen by eliminating conditions of poverty and creating opportunities for people and communities to thrive. But to eliminate poverty we must acknowledge the dominant role race plays in our community. Our own data tells us that people of color experience poverty at twice the rate of white people here in Washington County. To achieve our mission, we must understand and acknowledge how race has been used at a systemic level to limit opportunity for some while enhancing it for others. These are the inequitable systems we all live in, and these are the systems we need to address if we are to successfully create opportunity for everyone in Washington County.

An equitable community is one where every person can have their needs met regardless of their identity, including but not limited to race, ethnicity, gender, sexual orientation, ability, religion, or age. Community Action strives to be an equitable organization, a place where every person who engages with us feels like they belong and are recognized as their whole selves. Community Action is committed to being an anti-racist organization – actively working to identify systems and structures that perpetuate white supremacy and take action to disrupt them. White supremacy underlies all systems of American life – justice, culture, housing, education, economic opportunity, and political power. These systems in turn prop up and perpetuate racial and economic injustice. This is wrong! We have a moral responsibility to identify and change racist systems and proactively eliminate racist behavior when we see it, both within our community and our organization.

Having toured some of the country's poorest regions, President John F. Kennedy witnessed first-hand the destitution that poverty creates. He was moved to take action and on November 20, 1963, enacted legislation that would lead to the Economic Opportunity Act (EOA) of 1964. But two days later, the world would be shocked by his assassination. He did not live to see passage of the full EOA just nine months later.

His successor, Lyndon Johnson, also was devoted to the cause of fighting poverty and looked to expand on Kennedy’s policy ideas. Speaking to Congress on January 8, 1964, President Johnson said:

"Let us carry forward the plans and programs of John F. Kennedy, not because of our sorrow or sympathy, but because they are right. This administration today, here and now, declares an unconditional War on Poverty in America."

This was the first time a sitting president would make such a passionate appeal to the nation to take a clear and firm stance against poverty, and to deem it unacceptable in this land of plenty.

In 1964 and 1965, President Johnson signed into law the Voting Rights Act, the Civil Rights Act and the EOA, all landmark legislation designed to address a wide range of social and equality issues.

It was in the EOA that Community Action, Jobs Corp, VISTA, Legal Services Corporation, Head Start and many other programs of Johnson's Great Society and War on Poverty were launched.

Here in Washington County, Oregon, a local group of civic leaders answered the president’s call. Concerned about local poverty, they formed a non-profit Community Action Agency and applied for federal seed money. On October 13, 1965, Washington County Community Action Organization was created to “implement as fully as possible the purposes of the Economic Opportunity Act of 1964.”

In the decades to follow, Community Action would continuously provide crucial services to help economically disadvantaged people achieve better lives, and increase opportunities for their children to thrive at home and in school.

Today, Community Action continues these necessary efforts, working and innovating with our community partners to offer hope, help and change for our neighbors in need.

We provide critical services to low-income families in the areas of:

Your Support is Making a Difference

Meet the families that have experienced lifechanging support and regained stability thanks to donors like you.

Receive updates, hear inspiring stories, and see how your support is making a difference.